Mid-century modern is revered because its feels timeless. The aesthetic is marked by clean and simple lines with few extraneous details. Kicking off (roughly) in the 1930s, mid-century modern marked a period when people wanted good-looking furniture at moderate price points. Nowadays, the original designs from this era are hardly affordable, but their swagger lives on. In order of inception, these are 15 of the most iconic mid-century modern pieces of furniture.

Wassily Kandinsky, this chair’s namesake, was the first person to be blessed with seeing Marcel Breuer’s tubular steel chair, the first of its kind. Breuer, a product of the Bauhaus movement, took the standard club chair and pared it down to simple, straight lines. The Wassily chair doesn’t fall squarely into Bauhaus or mid-century modern, and that’s because the chair’s inception came at a time when designers were beginning to transition from the former to the latter.

For such a dense and commanding chair, the LC3 is minimal in its design. A tubular steel frame supports a square build, which is thick, plush and inviting. The Le Corbusier group, of which Perriand got her start at, nicknamed the LC3 as a “cushion basket,” an apt name for a chair that is all cushion and little else.

Sequels usually suck unless it’s Marcel Breuer following up his Wassily Chair with the Cesca, named after his daughter Francesca. Like the Wassily, the Cesca is made of bent tubular steel and either comes upholstered or finished with wood or cane. The contrast of hard steel and natural materials creates a chair that is both pleasing to look at and nice to sit in.

Designed to sit in a Spanish throneroom, the Barcelona chair is a seat fit for royalty. As it was nearly a century ago, the chair is still made with Spinneyback cowhide leather, an African sapele frame and loving hands.

Today, the Aalto Stool 60 looks like nothing more than a simple stool. But at its debut in 1933, the Aalto Stool was a breakthrough in the design world. Its three-legged design is fashioned by bending straight, solid birch into an L-shape to give the stool its stability. Available in an array of colors, the Aalto Stool may not elicit the same oohs and aahs as it once did, but if you know, you know.

Don’t relegate the Nelson Bench to the seating category. Nelson’s multi-use bench is a seat, table or art piece. The slatted wood top sits on hefty wood legs, making this a presence in any home. The horizontal lines are a reflection of Nelson’s history as an architect, who designed the bench to make a statement without being a statement piece.

The Noguchi Table is art you can eat on. Its interlocked legs are formed by two pieces of solid wood topped by a thick plate of glass. As simple as it sounds, the Noguchi table is a beautiful piece of furniture, which leaves everything on the table since there’s no hiding from the transparent tabletop.

Hans Wegner dubbed his PP501 chair “The Round One.” It gained notoriety for being used during the first televised presidential debate between John F. Kennedy and Richard Nixon. The made-in-Denmark chairs have some Scandinavian design callbacks like its naturalistic frame and streamlined structure, but Americans adopted a new distinguishing name for the Danish design: The Chair.

There are Shell Chairs, and then there are Eames Shell Chairs. Charles Eames and Eero Saarinen sought to create a lightweight single-piece chair shell. After 11 years of experimenting with materials, Charles and Ray Eames made their now-iconic Shell Chairs from fiberglass. The chairs are currently available in recyclable plastic, eco-fiberglass or molded wood. Tread carefully with knock-offs – there are many.

The Knoll Sofa is clearly the inspiration for the new wave of mid-century modern sofas littering the internet. The Knoll’s streamlined design suits every living room aesthetic, and its no-sag seat suspension gives each sofa the same longevity as its design.

Charles and Ray Eames’ eponymous lounge set is arguably the most significant piece of furniture to come out of the mid-century modern era. An updated take on the club chair, the Eames Lounge Chair features a baseball mitt-like shape to fully envelop the body. For over 60 years, this iconic lounger has been the calling card for furniture enthusiasts and those with a little too much cash to spare.

While it doesn’t resemble your standard Jet-Puffed marshmallow, the Marshmallow sofa does feature similarly soft and squishy round cushions. Each of the 18 cushions is removable for cleaning and interchangeable for ensuring even wear across all cushions. It’s a bit bolder than most mid-century modern furniture, as it acts as a turning point in the design era towards 1960s pop art.

A farewell to legs. Saarinen’s approach to his pedestal collection was to eliminate the need for furniture legs. The Pedestal Table emits strong sculptural vibes — the stand strongly resembles the shape of molded clay — a result of the designer’s history as a sculptor.

Arne Jacobsen built the egg so Lady Gaga could one day hatch from her literal egg. Jacobsen created the Egg Chair that leaned more toward modern. The chair’s smooth, sculpted shape sits in contrast to the hard geometric shapes of more typical mid-century modern pieces.

From the front, Wegner’s Shell Chair has an upward curved seat, which is why some dub it “the smiling chair.” The low-profile, three-legged chair is as comfortable as it is beautiful, and it’s found new life as a staple furniture piece in Instagram backgrounds.

Sun Sep 13 , 2020
Editor’s notice: This is an excerpt of Earth Cash‘s newsletter. You can signal up right here. A Californian resident hoses down a burning bicycle and tree as flames from the Hennessey Fire approach a assets in the Spanish Flat space of Napa, Calif., on Aug. 18. Josh Edelson/AFP by using […] 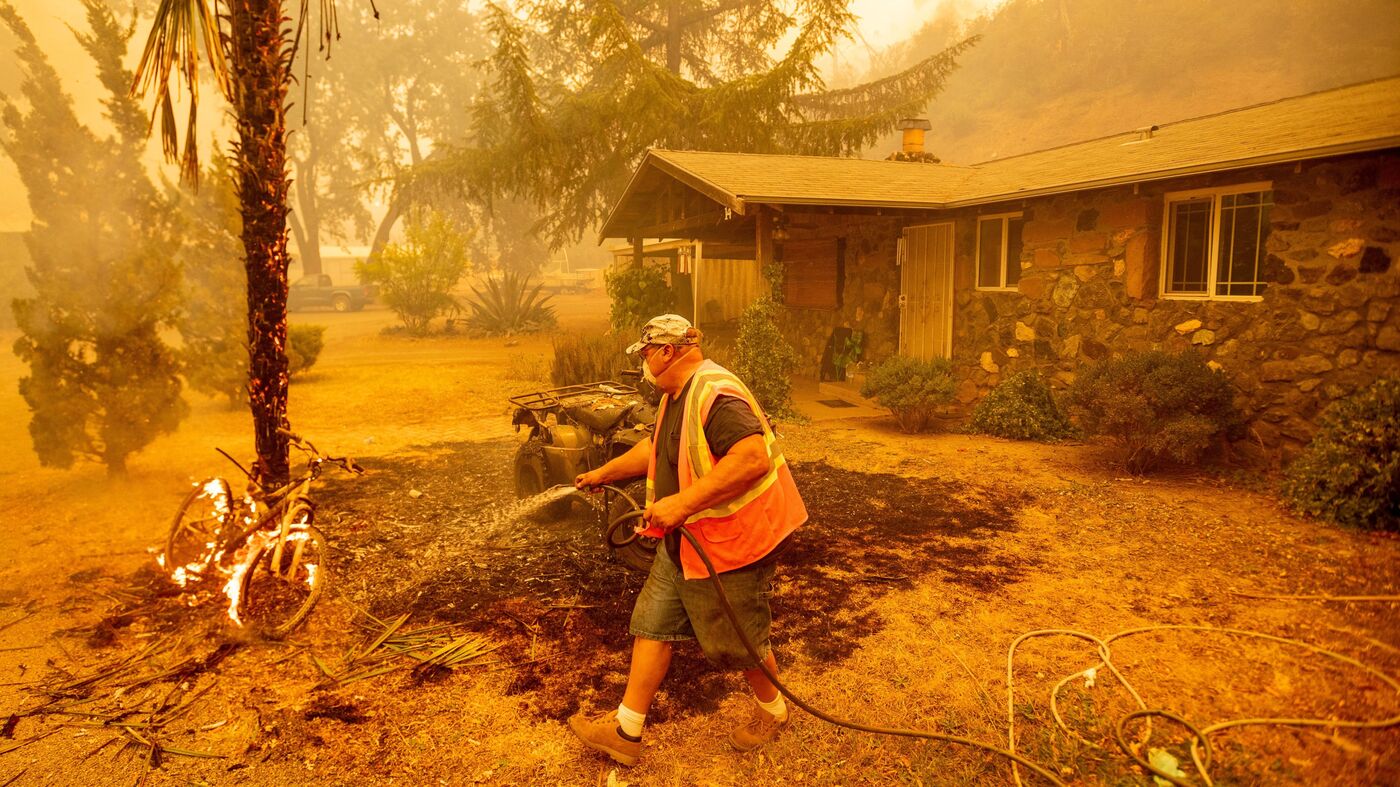